This blog post was written by Brian King, who started the company Room Recess. Brian reached out to me because he thinks math should also be taught in a creative way. I was happy to have him on this blog because his website is great and he made all of the games on it himself. We all know that students like to play games, and this kind of thing often gets them interested in learning more about programming.

Parents and teachers are always looking for ways to keep kids interested, motivated, and driven to learn. This is what I know because I am both. I’m Brian King. I have two children of my own, teach third grade, and made the website RoomRecess.com, which helps kids learn. When my students finished their work, it always bothered me when they went to the computer to do things on sites that said they were educational but weren’t.

So I made a website just for my class with games they could play when they had free time that also helped them practise what I wanted them to work on. As a teacher, I know that most kids don’t get the practise they need to learn many of the basic skills they need to learn well. What better way to practise these skills than to use them in the games they play in their free time?

It all began with a simple game called “Cheese Race.” I started with two cartoon mice that had to race to a piece of cheese. The only way to move the mouse was to get multiplication problems right. It was a big hit in my classroom, and seeing how happy my students were to learn in this way made me want to make more games. I started making about one game a week that focused on the skills listed in our Common Core State Standards.

My site is called RoomRecess.com (primarily because it was something my kids started playing in the winter when they were stuck in the classroom for recess). RoomRecess.com has almost 40 games that are all organised by grade or subject (math, reading skills, spelling, and language arts).

When I sit down to make a game, the first thing I think about is what gets my class excited. From there, I add something I think they need to work on, like ice cream, thunderstorms, or snowball fights, and try to add different levels for other grades. Tic-Tac-Toe is one of my favourite games. Kids can play it with a friend or against the computer. Either way, they have to get a math question right before they can put an X or an O on the grid (difficulty ranges from kindergarten to 5th grade).

Most of my games are made to be played on an interactive, projected screen like a Smartboard. Many of the games can be played together or in teams, but all of them can be played on a desktop computer or laptop. I made a flash card game that they can play on the Smartboard and that lets them play in groups. 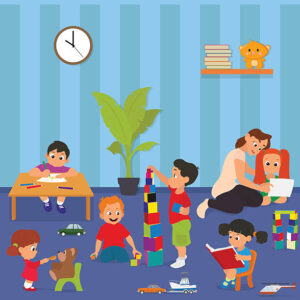 Flash Card Races, as I call it, lets the kids choose team names, the score that wins, and how hard the problems are. It’s a great way to start the day or get people interested right before a lesson. Word War is my favourite book.

In Word War, each player has a tank and has 30 seconds to make a word out of 12 letters that are picked at random. When the word is done, the tank fires cannonballs that each have the same value as the letters that made up the word. Zombie Paintball (number patterns), Snowball Fight (basic facts), Bango (place value), and Bounce are some other popular games (spelling).

All of the games on RoomRecess.com are free and can be played at any time by anyone. You do not have to sign up or keep an account. It’s a great tool for teachers and parents to use at home or at school with their kids. The only thing you need to play is Adobe Flash Player, which is built into most computers but can also be downloaded for free if you don’t have it.