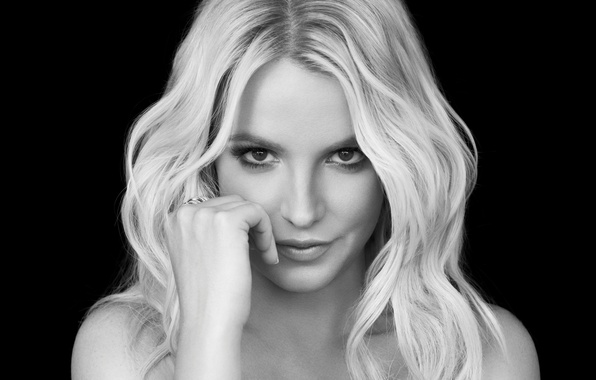 The world needs a Britney Spears biopic, but the pop star says she doesn’t want one any time soon. As it should be!

This week, Millie Bobby Brown, who plays Eleven on the Netflix show Stranger Things, hinted that she wants to play Britney Spears in a biopic. She said that one of the main requirements is that she understands what it was like for Spears to grow up in the spotlight.

“I believe her narrative, first of all, resonates to me because I grew up in the public glare,” Brown remarked on The Drew Barrymore Show. ” I’ve been viewing old interviews with her and footage of her. Same with you; I see the interviewers’ fumbling for words. Despite the fact that I don’t know her personally, I feel as if I could convey her narrative uniquely if I were to see images of her.” For what it’s worth, Brown may sometimes be mistaken for Spears.

I believe we can all be comfortable that a biopic of Britney Spears will be produced at some time. Her life, from being a child star to a mega-pop star to being taken care of by a guardian, is perfect for a bigger story about fame, women’s mental health, paparazzi, and child stars. We need to hear this story! Even though stars don’t have to be alive for their biopics to come out, it seems a little, um, soon to already be talking about using the pop star’s life, which was just brought back from the dead, just for entertainment.

That, and Spears’ story is far from over; she’s just getting started again after losing years of her career and life to a strict conservatorship. Also, someone already tried to make a biopic about Spears. It aired on Lifetime in 2018, and most people thought it was terrible.

“I’ve heard that someone wants to film a movie on my life… “guys I’m not dead!!! “, she said on Instagram beside a photo of two enormous, oddly European-looking wooden doors.

“My relatives will likely now secure their doors! Anyway, I just wanted to say hi and tell you how great these doors are. I feel awkward blogging so much this week.” Spears was included. (We’ve all been there, girl!) “I now understand, but whatever. Have a wonderful day!”

Music documentaries illicit a fair eyebrow raise. Most of the time, they seem like puff pieces meant to show how real a celebrity is in order to sell albums. This is fine, but every once in a while a music documentary comes along that blows the lid off the format and shows a vulnerable, human truth about an artist. This is what Selena Gomez: My Mind and Me, a documentary about Gomez’s struggles with mental health that comes out on Apple TV+ on November 4, aims to do.

It’s said to be a shockingly honest documentary that shows Gomez in real moments when she’s dealing with her bipolar disorder, such as when she lashes out, loses herself, or falls apart. In a cover story for Rolling Stone, Gomez talked about all the emotional parts of making the documentary and her own life.

You wouldn’t know it by looking at photos from her 30th birthday, where Olivia Rodrigo, Billie Eilish, Cara Delevingne, and Miley Cyrus were all there (“I f*cking love her,” Gomez said of Cyrus), but Gomez told Rolling Stone that she has found it hard to make friends in the industry and has often felt alone, especially when it comes to her friends from Texas. She said that Taylor Swift is the only real friend she has in the music business. 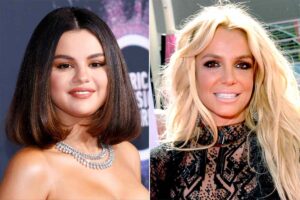 I never fit in with a cool bunch of famous females,” she said to Rolling Stone. “I remember feeling like I didn’t belong in the industry because Taylor Swift is literally the only friend I have there. Everyone seemed to be enjoying life, at least from what I could tell. I had this job, and I was content with it, but was I really?”

The documentary will show how Gomez really feels when she talks about being unhappy and empty. Alek Keshishian’s 1991 documentary about Madonna, Madonna: Truth or Dare, gave Gomez the idea to be the subject of her own documentary. After Keshishian directed Gomez’s “Hands to Myself” music video in 2015, they talked about making a documentary, but Keshishian didn’t want to do another one about a musician. Rolling Stone says that he wanted to show Gomez’s change from a young pop star to an artist. What came out of it was a raw, full-access movie that almost didn’t get made.

In the interview, she said, “I’m really terrified.” “Because of my platform, I feel as if I am sacrificing a portion of myself for a greater purpose. I’m not trying to be dramatic, but I almost chose not to post this. A few weeks ago, I honestly wasn’t sure whether I could pull it off.”

Gomez also said in the interview that 24 songs for her next album have already been written and will be recorded by the end of the year. She appeared to imply that the album will have a more buoyant tone than the documentary. She said, “I feel like it will be an album that says, ‘Oh, she’s not in that place anymore; she’s just living life.'”